My son, the actor. I like the way that sounds. A week or so ago he was nominated for an EMACT (Eastern Massachusetts Association of Community Theaters) DASH award. DASH stands for “Distinguished Achievement and Special Honors”. That sounds impressive, no? It is. I cried like little baby.

These are the Individual Performance categories. Michael, at 15, was nominated in the Best Youth Actor category, against every other under-18 boy in any production under consideration by EMACT.

I’ve been in awe of my son’s talent for years now, but you always wonder if you’re just blinded by being his parent. This is independent confirmation that I’m not one of those American Idol moms at auditions telling her tone-deaf child “they don’t know talent when they see it!” When I say he’s really very good, I am not the only one who thinks so. 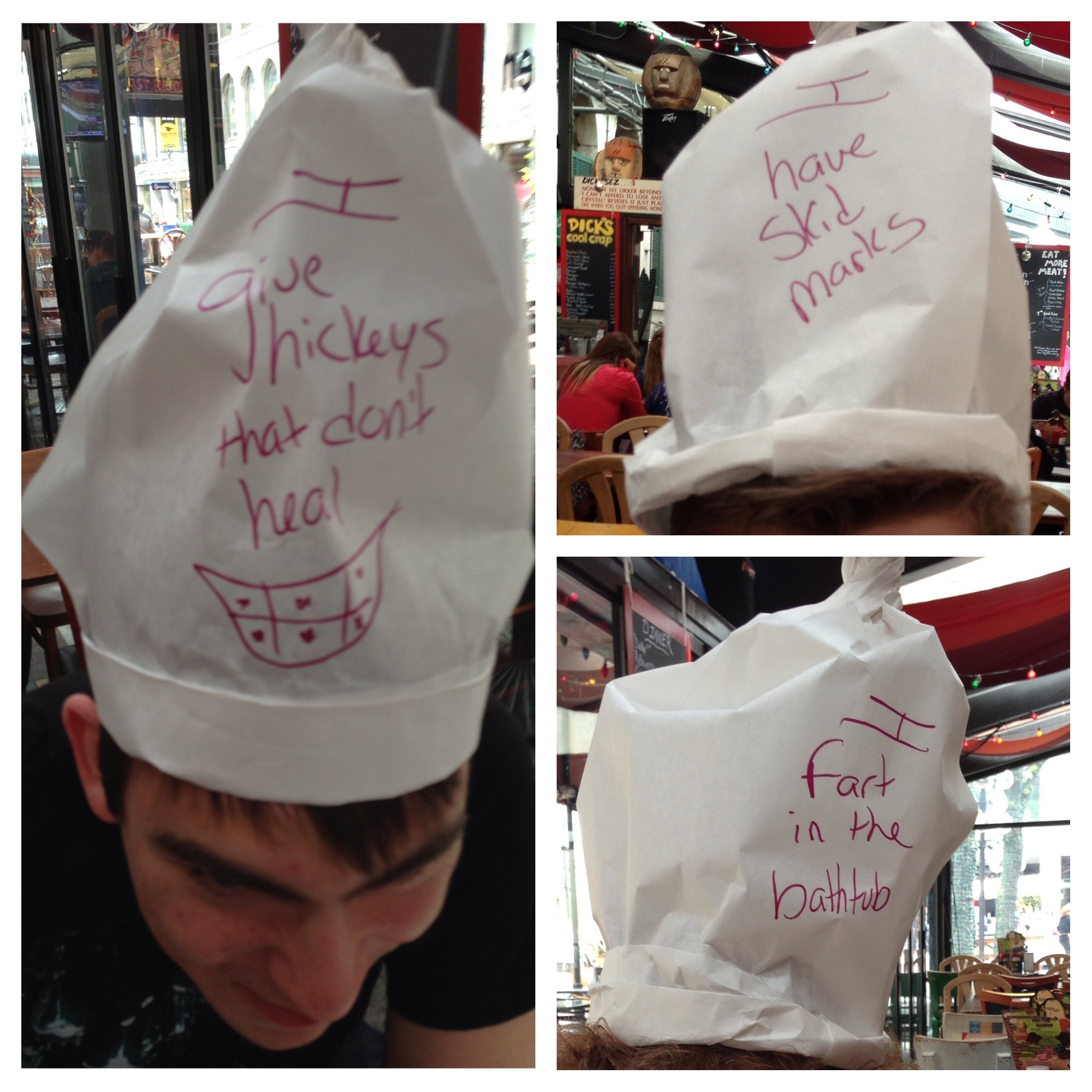 My son, the previously mentioned 13-year-old who owns all the socks festooning my home, is an actor. He gets this from his father. I tried to act in high school. My God, I wanted to be a great actress so badly I could taste it. I took theater as an elective and I tried out for all the class plays and the musicals. I was never more than chorus in the musicals, and was only cast in one of the class plays. I still remember one of my lines from it, and I’m not even going to mention how many years it’s been.

Water, water in the kitchen
All around the sink
But you are in the living room
And not a drop to drink.

I played Lettie, an insane poet. It was a murder mystery. I’ll give you two guesses which insane poet was the murderer.

I don’t know that I did a good job. I made people laugh, but that’s because I was the comic relief. I’m pretty sure I spent a lot of the play wearing a shiny yellow raincoat. I don’t think I screwed anything up so badly that I destroyed the production, but I probably chewed on quite a bit of scenery. I think I’d be a much better actress now, because I understand how it’s supposed to work, if someone wants to give me a chance. I’d prefer not to be typecast as a psycho poet, but I’m sure if you happened to SEE me in that production, you might be tempted.

Where was I going with this? Oh, I was discussing my son, whose father used to have an Equity card . He is the tree from which this apple fell. The boy has the lead in one musical (The Sound of Music) and a supporting role (with 4 songs) in another (13: The Musical). He memorizes lines like there’s no tomorrow; another difference between us. (This paragraph could use more parenthesis.) He played Scrooge in the Middle school production of A Christmas Carol and was really good. And I’m not just saying that. Well, I did just say it, but I meant it, you know?

There are rehearsals for one or more shows 5-6 days a week. Tomorrow, he has SoM rehearsal from 9-11 and 13 rehearsal from 1:30-5, which is actually nice because it was supposed to be 12-5 and the drive between rehearsals is about 35 minutes. He’s at 13 rehearsals until 10pm tonight. This child is BUSY.

I can’t wait until he starts getting paid the big bucks for acting because I would REALLY like a house down on the Cape. Maybe something that looks like a castle with turrets and ramparts and whatever else a castle has. But made of glass so I can see the ocean. Ya, that sounds practical! Well, except for the bathroom. Maybe we can have real walls for the bathroom. But everything else should be glass. I don’t want an obstructed view. Also, he’ll have to make enough money for us to invest heavily in Windex. I’m just sayin’.

This time it’s not me, though. It’s The Boy. He starts 6th grade (Middle School!) in less than two weeks. In discussing how you have to pick a stereotypical [my term] group of friends to hang with, he defined the difference between geeks and nerds for me.

Geeks are into gadgets and electronics
Nerds are into math

You know, I think that works for me, so henceforth, this will be a rule of the Sorting Hat. And before you start up with the “crossover” comments, I’ll just say that if you are a geek who is into math, you get tagged as a nerd. Geeks not into math remain geeks. The only other accurate measure we could use as a tie-breaker is how many hours of the Sci-Fi channel you watch a week. 0-3 = Geek, 4 or more = nerd.

I basically spent the long weekend taking photos and getting a brake job on the van. I preferred taking photos. Went with one kid and husband on Saturday, and other kid and his friend on Sunday and Monday. I will slowly fill my flickr profile with the best ones. Or the ones I feel like forcing on all of you.

I spent a long time today working on getting just the perfect photo of a swan floating on a little man-made pond. You know, he was a great model.

And then I got home, uploaded the files, looked at the swan photos…and realized it was plastic. People who knew much have thought I was a huge moron. Or maybe they did it on purpose to amuse themselves. Actually, I suspect they did it to try to keep geese away, and it appears to have worked. Still, would it have killed them to put up a sign that said “I don’t care how much you really want a photo of our swans, they aren’t real.”