I just realized that most of the pictures I took weren’t of the people at King Richard’s Faire, which is probably good because it’s not like I was walking around with a stack of photo releases so I could put them on my site. Let’s just say that if you’ve never been to a Ren faire or the like, the people who attend are sometimes dressed more appropriately than the people working the fair. Several times my sister and I asked ourselves if someone was just a guest or not (including the way cool couple who dressed like wizards of some sort).

The two shots I’ll share are of the knight we were supposed to cheer for, based on where we were sitting in the jousting arena, and one of Junior trying his hand at archery, and the last him riding a wooden horse on wires where he’s trying to catch a ring on a wooden sword. We didn’t let them do the knife or ax throw, for those wondering. 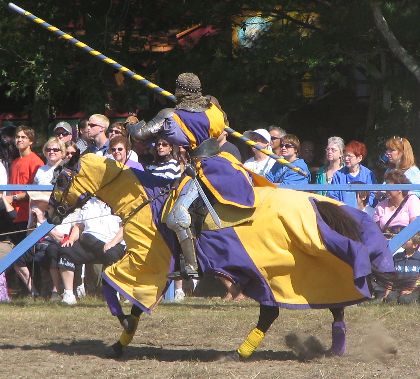 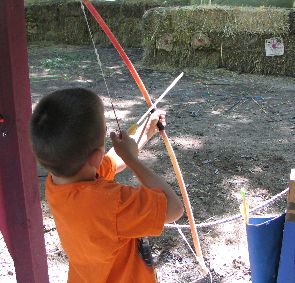 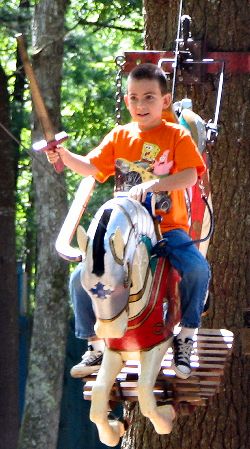